The Department of Industrial Policy and Promotion (DIPP), Ministry of Commerce and Industry, Government of India, announced that India is one of the 10 most improved economies in the World Bank’s annual Doing Business Report.

The Doing Business Report is an annual report that looks at 190 economies, and measures business regulations and the protection of property rights across time.

The table below shows the factors that the report considers for rankings on the ease of doing business and new business reforms implemented that were not there in the previous year’s report.

Using the 11 indicators that the World Bank’s annual Doing Business analysis has been looking at for the last 15 years, the process followed is shown in the diagram below. It shows what is measured, and how it is connected. 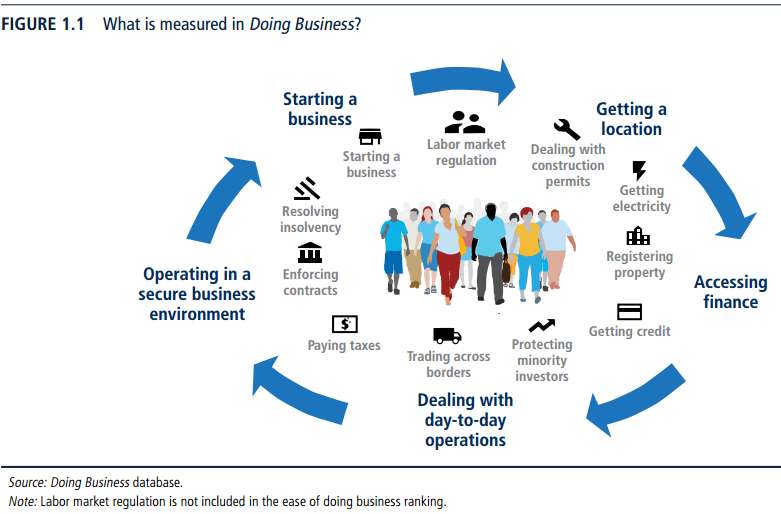 Doing Business measures the processes for starting a business, obtaining a building permit, getting an electricity connection, transferring property, paying taxes, taking a commercial dispute to court, and resolving an insolvency case, as well as credit and equity market regulations and logistics of importing and exporting goods.

It also measures the coverage, scope and quality of credit information available from credit registries and bureaus

The dramatic improvements in India’s business environment in most of the aforementioned criteria is shown below.

Highlights in individual criteria are as follows:

DIPP credits this significant improvement in these areas of the Indian economy to the Prime Minister’s mantra of “Reform, Perform, Transform.”

Among the trends the World Bank report shows is a strong association between inequality, poverty and business regulation. It says that economies with better business regulation have lower levels of poverty on average. A 10% improvement in the distance to frontier (DTF) score is associated with a 2% reduction in the poverty rate, measured as the percentage of people earning less than $1.90 a day.

India’s overall Distance to Frontier (DTF) score improvement this year was 4.66. The distance to frontier score captures the gap between an economy’s current performance and the best practice across the entire sample of 41 indicators across 10 Doing Business indicator sets. 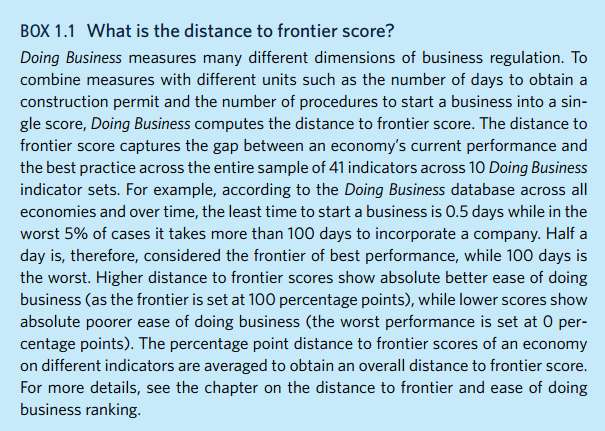